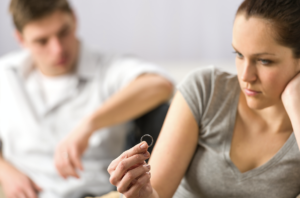 A divorce severs a marriage. To file for divorce in New York, you must first have jurisdiction of the court. In general, either party must have resided in New York State for one year prior to the commencement of the action, provided that certain other criteria are met. The plaintiff commences the action by purchasing and index number and filing the appropriate paperwork with the clerk of the court. The plaintiff selects the venue of the case, which is the county where the case will be litigated. This is the venue. Grounds for divorce are:
Cruel and inhuman treatment;
Abandonment for at least one year;
Incarceration (jail) of the other spouse for at least three years;
Adultery;

Living separate and apart under a written separation agreement or under a court judgment of
separation for at least one year and spouse seeking the divorce has substantially complied with
the terms of the agreement or judgment;
Irretrievable breakdown in relationship for a period of at least six months immediately prior to
the commencement of the action. This is known as the “no-fault” ground that became effective
in October 2010. New York State was the last state to adopt the no-fault ground which is
sometimes known as irreconcilable differences in other states. The parties must also resolve
their “ancillary issues” of custody, support and equitable distribution before a divorce will be
granted on this basis.
The parties can resolve some or all of their issues without the intervention of the court.
However, only the court can grant a divorce. There are many phases in a contested matrimonial
including financial discovery. Either party can seek a temporary award such as custody, support
and/or legal fees during the pendency of the action based upon a variety of factors.
The court will permit discovery, particularly on financial matters and allow experts to conduct
forensic evaluations. Trial may eventually be held on any issues which remain unresolved.
Philip A. Kusnetz, P.C. provides personal attention and dedication to your case. I am
experienced in all types of matrimonial actions, ranging from high conflict cases involving
custody, relocation, support and allegations of abuse and domestic violence; high net worth
cases involving substantial assets and businesses as well as relatively simple uncontested
matters and mediations.