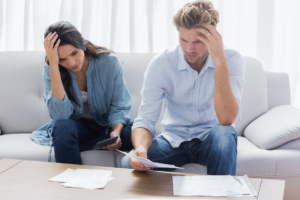 Effective October 2010 either party may assert that the marriage has been irretrievably broken
for a period of at least six months immediately prior to the commencement of the action to
obtain a divorce under the new no-fault ground.
The court will grant a divorce on this ground once the ancillary issues of custody, support and
equitable distribution are resolved by the parties by mutual agreement, or by judgment of the
court.
Prior to that date it was more difficult to obtain a divorce in New York, as the previously existing
grounds were fault-based. For example, allegations of abandonment, cruel and inhuman
treatment and adultery require a showing of fault by the other spouse, and were subject to
various defenses. This would often lead to more protracted and costly litigation, and a grounds
trial could potentially result on the issue grounds.
In this situation, if the party seeking the divorce were unable to demonstrate that the marriage
should be dissolved by the court based upon the grounds alleged, and the factual evidence
presented in support of the case, the action would be dismissed.
The no-fault ground of irretrievable breakdown in the relationship is designed to reduce
acrimony and overall conflict between the parties during a contested matter and is therefore
beneficial to the party seeking the divorce.