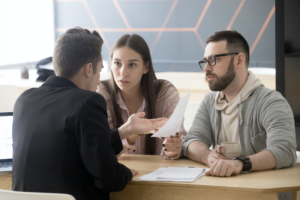 A prenuptial agreement is a contract entered into between the parties prior to becoming
married, which would result matrimonial issues such as maintenance and property distribution in
the event of a separation or divorce.
A Postnuptial agreement is entered into between spouses after the marriage has already taken
place.
Such agreements are now commonplace since the divorce rate is known to be high.
Statistically, approximately one-third of all first marriages and one-half of all second marriages
end in divorce. A pre or postnuptial agreement can help you to avoid legal expenses and protect
assets in advance. You should always be prepared for the unexpected.